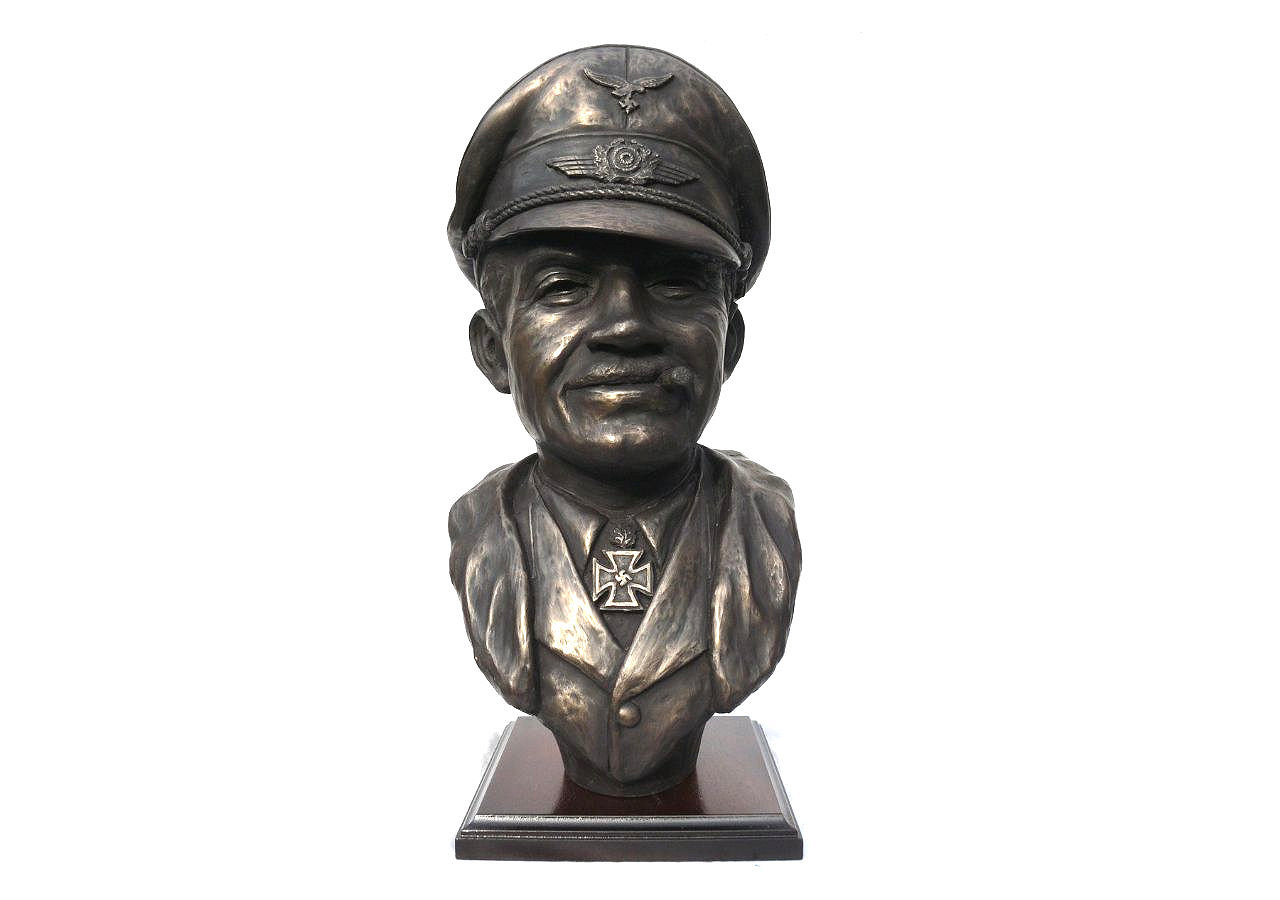 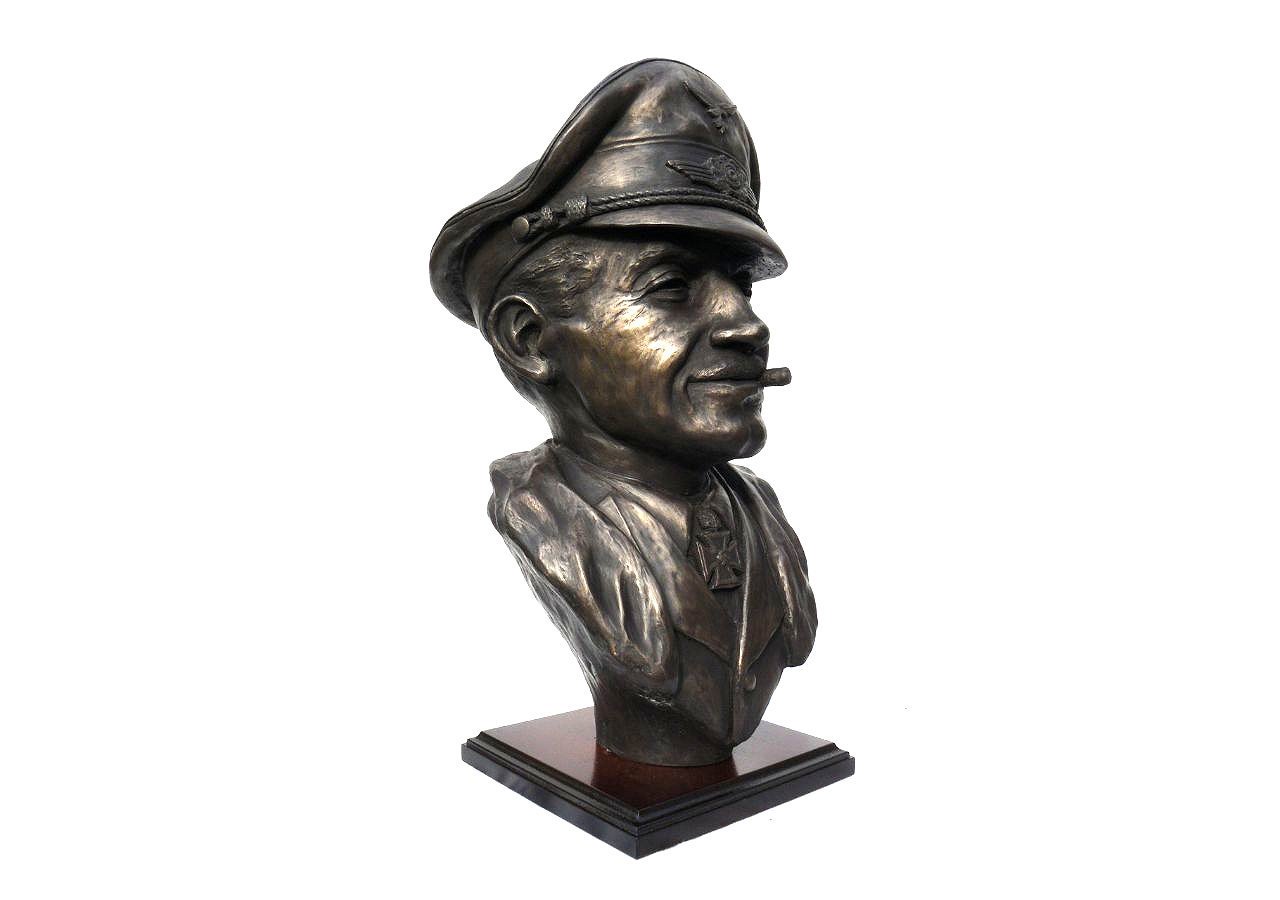 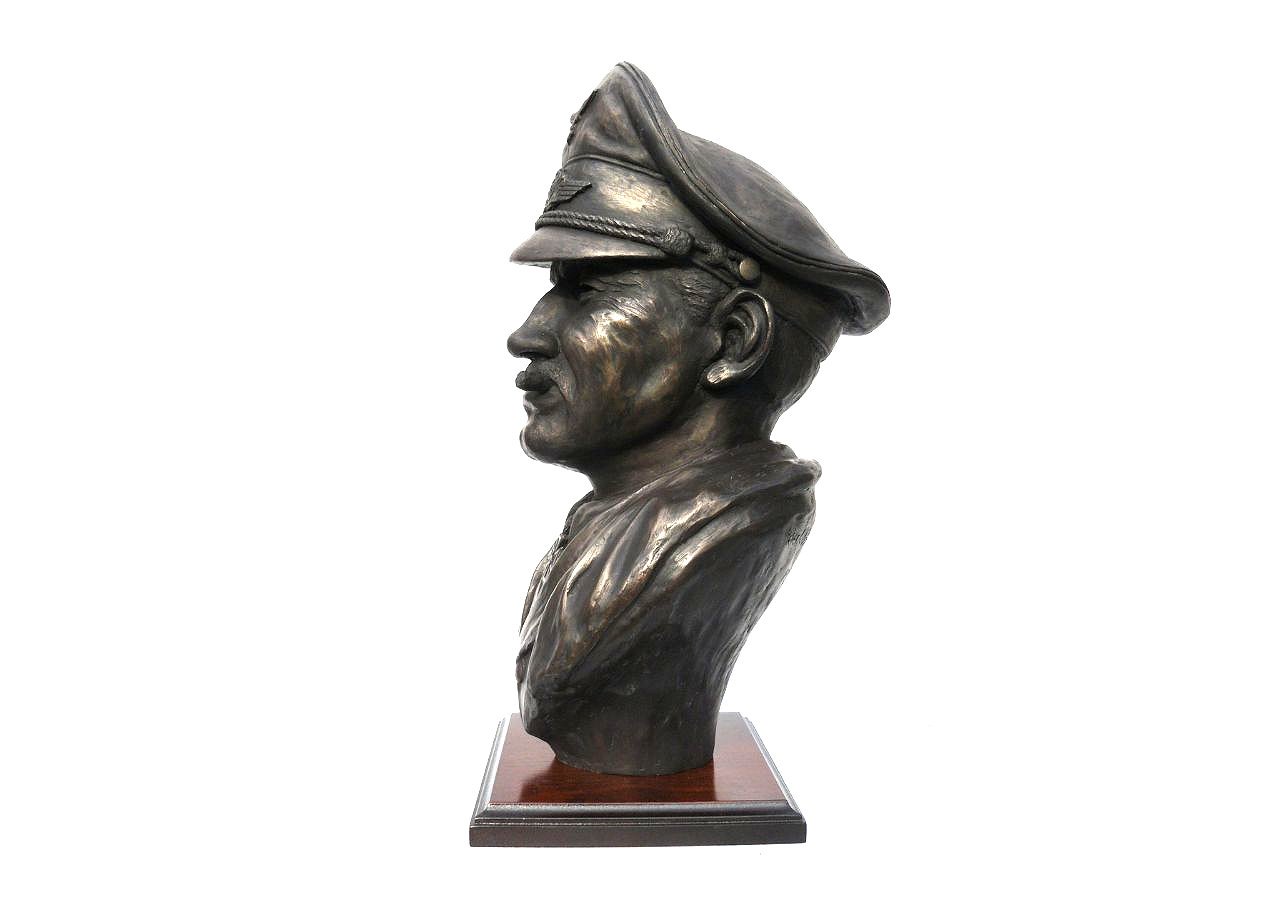 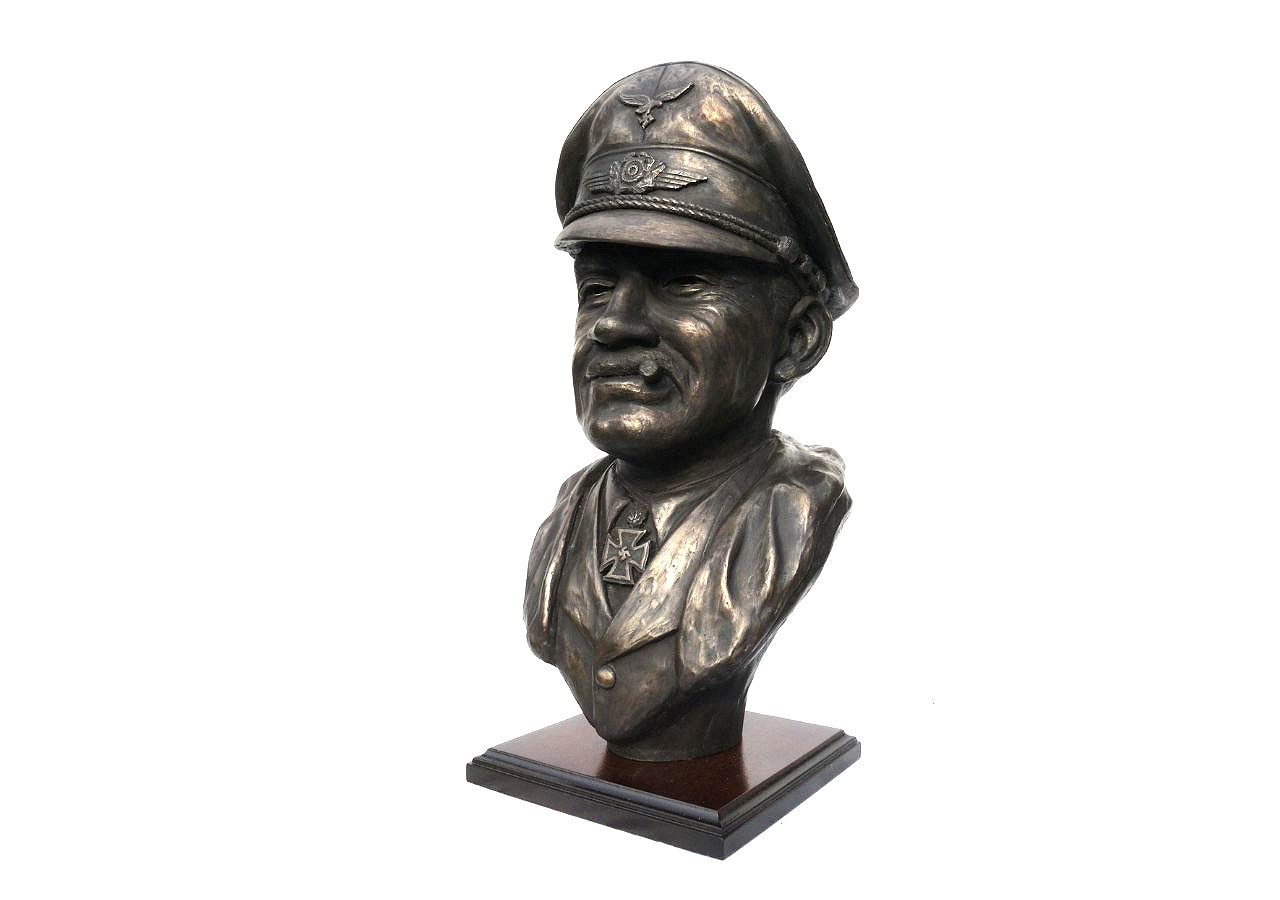 Generalleutnant Adolf ‘Dolfo’ Galland World War II German fighter ace and commander of Germany’s fighter force from 1941-1945. Adolf Galland was a German Luftwaffe General, he flew in the Battle of France and the Battle of Britain. By November 1941 his aerial victories stood at 96 which earened him the Knight’s Cross of the Iron Cross with Oak Leaves and Swords and Diamonds one of only 27 recipients of the highest German Decoration.

“I knew Adolf Galland extremely well, he was not only and outstanding fighter pilot but a great example and leader of his men. Looking at this new bronze, the resemblance is remarkable, it is very good indeed”