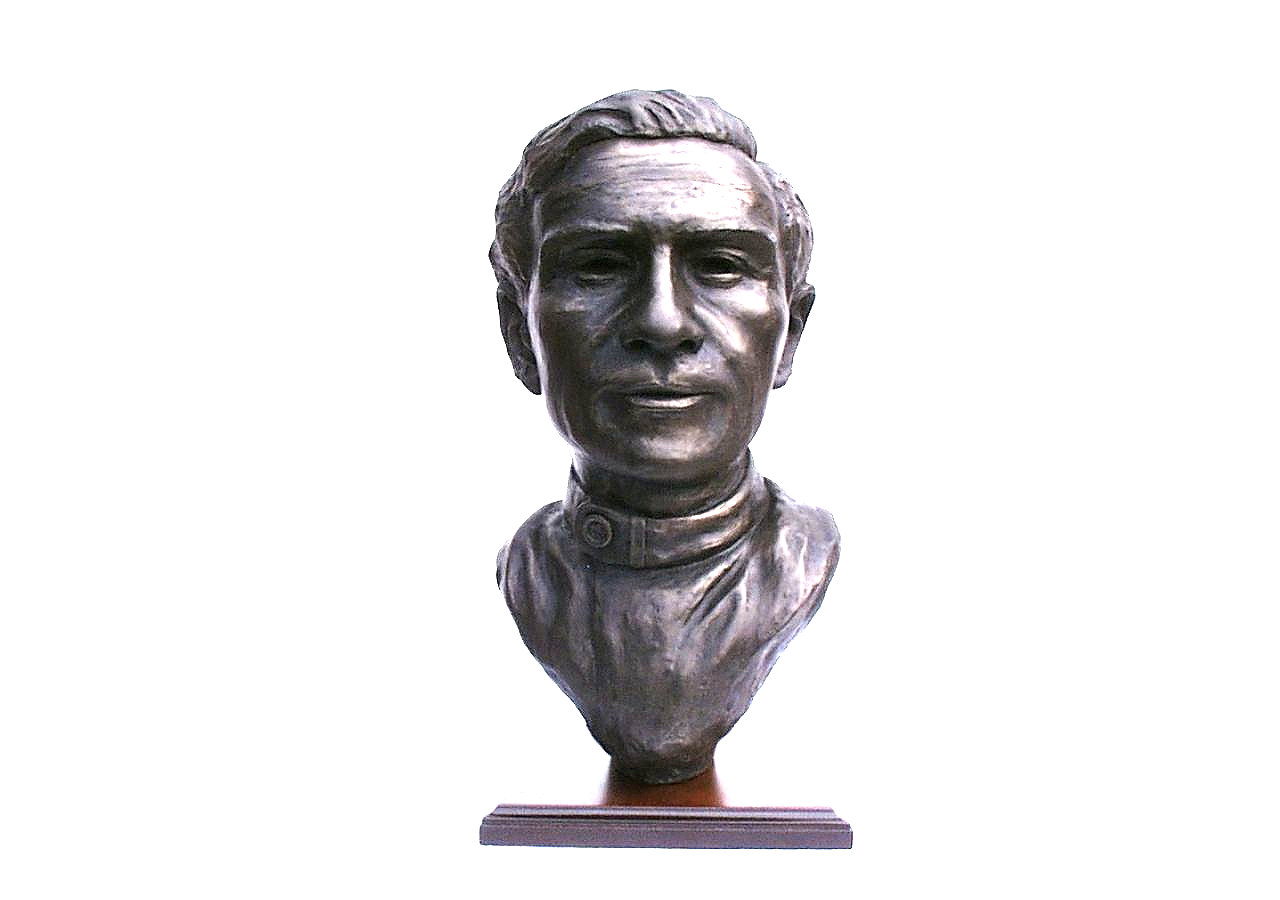 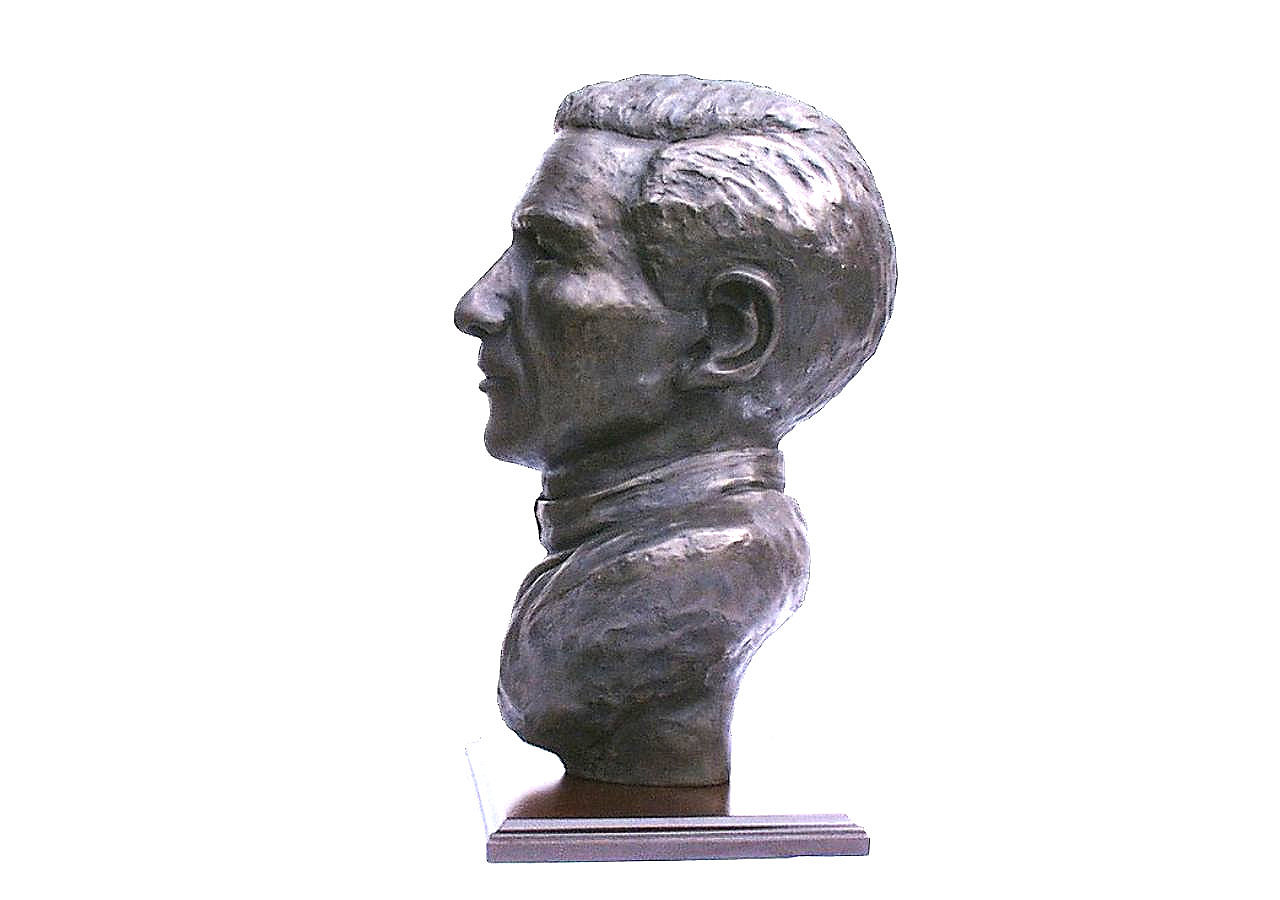 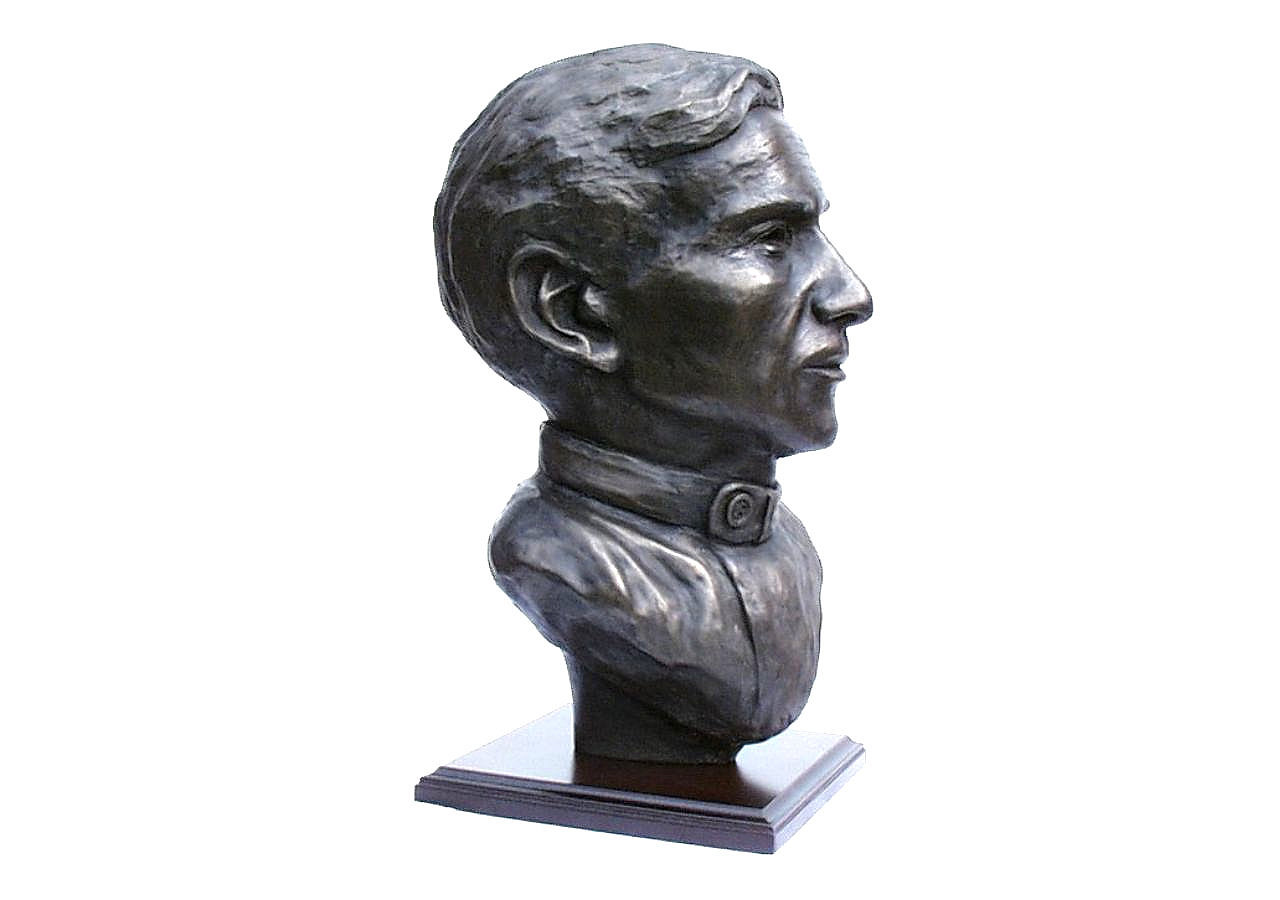 This sculpture presented the same problem as Senna only more so.

Jim Clark was a man of two distinct personalities. In the car he was decisive, relaxed, supreme in his confidence and a pure natural talent that meant he never needed to drive at more than nine tenths of his ability to humble the opposition. But out of the car Clark was a nervous, shy, nail-biting individual uncomfortable in the spotlight and struggling to make simple decisions like where to go for dinner or what film to see.

Over a period of about a year I made eight version s of Jim Clark. I had intended to portray him with that broad smile we see in so many black and white photographs but it never really captured the whole man. Then I tried a brooding approach but that made him too anxious and somehow fearful looking.

In the end the excellent Video”Nine Days in Summer” came to my rescue. There is a slightly staged segment towards the end of the film where Clark visits Watkins Glen before the 1967 Grand Prix. Clark waking alone on the rain-soaked track is made all the more poignant because we know he is to die at Hockenheim only a few months later. He looks calm and a little preoccupied and I felt this would be an ideal moment to take my sculptural snapshot